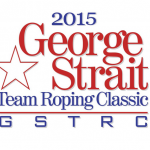 SAN ANTONIO, T.X.— February 23, 2016—KIOTI Tractor, a division of Daedong-USA, Inc., has teamed up with longtime KIOTI dealer, Hill Country Tractor to sponsor the 34th Annual George Strait Team Roping Classic on March 11-12 in San Antonio. The event, which originally started as a small family roping gathering in 1982, has grown to attract more than 1,300 ropers from across the nation as the largest open team-roping event in the country.

As the official tractor sponsor, KIOTI and Hill Country launched a month-long promotion for a chance to win a KIOTI MECHRON® 2200PS UTV and a meet-and-greet with the “King of Country Music” himself, George Strait.

“We are incredibly excited to sponsor of the 34th Annual George Strait Team Roping Classic,” says Peter Dong Kyun Kim, president and CEO of Daedong-USA, Inc, KIOTI Tractor Division. “The KIOTI family values opportunities to give back, and we are proud to support local dealers like Hill Country Tractor who contribute to such a worth cause.”

The donations from the promotion will directly benefit the Military Warriors Support Foundation. The non-profit charity assists in providing support for the Nation’s combat wounded heroes and Gold Star Families as they transition out of the military and into their new civilian life.

“We are long time fans of George Strait and admire his longevity in supporting the Military Warriors Support Foundation,” said Alan Rivera, co-owner of Hill Country Tractor. “When the opportunity came to sponsor the George Strait Team Roping Classic, we knew this was our opportunity to help a family in need. Thanks to KIOTI Tractor and everyone who contributed to the fundraiser, we did just that.”

For more than 35 years, KIOTI Tractor has been supplying tractors in the 22-110 horsepower range to the U.S. and Canadian markets. Today, the company offers a full line of compact tractors, utility vehicles, zero turn radius mowers for both residential and commercial use and is expanding into compact construction. Headquartered in Wendell, N.C. and with additional distribution centers in Texas and Canada, KIOTI is committed to providing equipment that is durable, reliable and easy to use. KIOTI customers benefit from an extensive and growing dealer network that’s dedicated to superior customer service across North America. For more information on KIOTI or KIOTI products, please visit your authorized KIOTI Tractor dealer or www.KIOTI.com.